This classic One Act Play is the USAG-BW Community entry in the 2010 Festival of One Act Plays in Kaiserslautern, Oct. 8, 2010 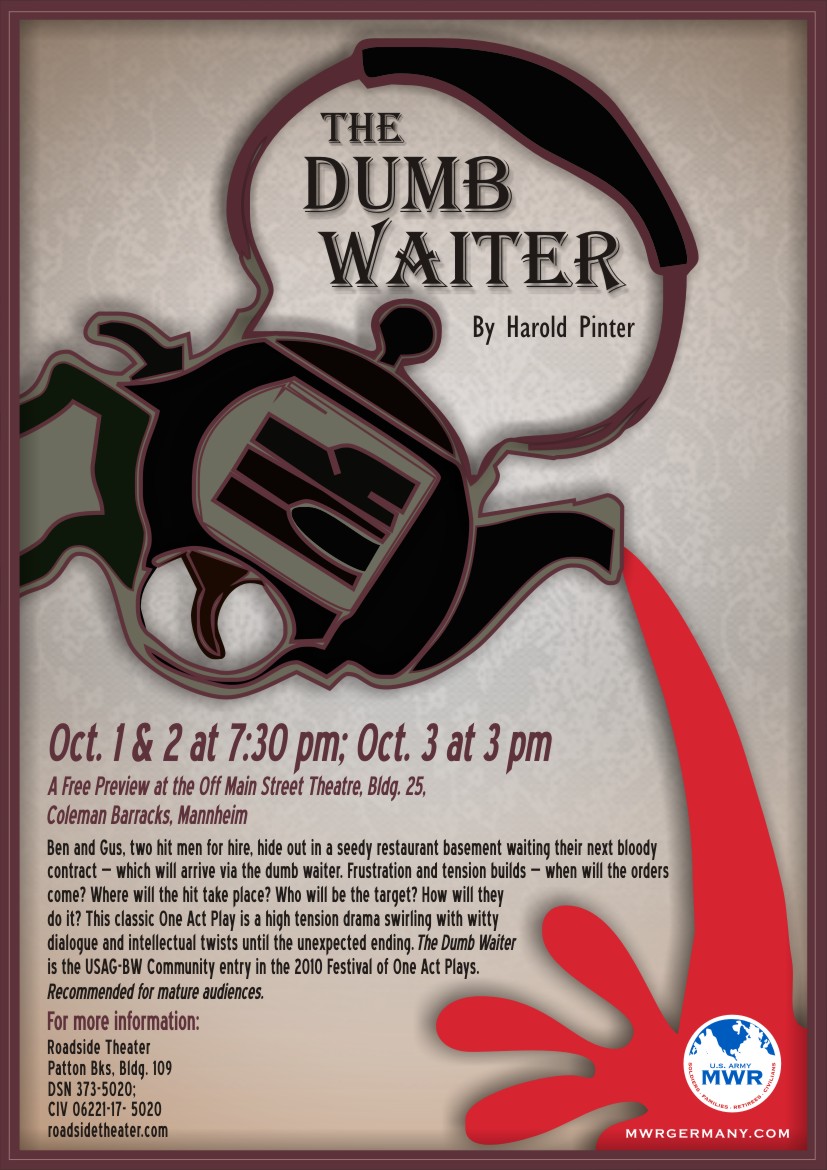 Show Information:
Ben and Gus, two hit men for hire, hide out in a seedy restaurant basement waiting their next bloody contract - which will arrive via the dumb waiter. The Dumb Waiter is a high tension drama swirling with witty dialogue and intellectual twists until the unexpected ending.

Recommended for mature audiences. We regret children under five years of age cannot be admitted to any performance.